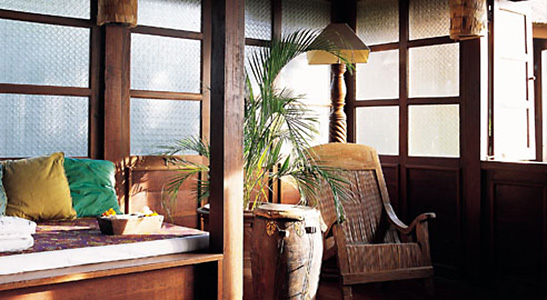 Hotel Tugu Bali has been around for almost two decades, but remains unique in a hotel scene that has plenty of beautiful luxury hotels but little in the way of highly individual or historic places. Founder Anhar Setjadibrata is Indonesia’s largest collector of cultural antiquities and designed this hotel, along with properties in East Java and Lombok, to house his collection. Set between rice paddies and the ocean, and surrounded by lush gardens and lotus ponds, its highly considered interiors evoke Indonesia’s splendid ancient kingdoms and colonial era. Two rooms are filled with art work and objects from early 20th-century expat painters, while other rooms feature Javanese Art Deco touches or 19th-century wooden framed stained-glass windows. www.tuguhotels.com